On October 26, 2011, a few months after I got back from my Fulbright in Syria, I noticed a new email in my inbox. From: Alan Janbay. Alan is Syrian American. He has extended family in Venezuela. And, like me, is also a food blogger. The coincidences seemed uncanny. I remember thinking, this guy is my digital doppelgänger!

We exchanged emails for about a year until we finally met in person in 2012. Alan was born and raised in the southern city of Sweida, Syria (السويداء), approximately 100km south of Damascus and 450km south of Aleppo. His birth name is Alaa’ (علاء), which is short for Aladdin (علاءالدين) in Arabic. While our stories are similar, there are fascinating differences between our food cultures. Dishes in Sweida incorporate plenty of yogurt, specifically dried yogurt or jameed (also known as kitha in Sweida). Jameed is yogurt that has been salted and dried into a rock, which helps preserve milk through the long winters in the Hauran mountains, where Sweida is located.

Alan and his Nana Nadia in Sweida 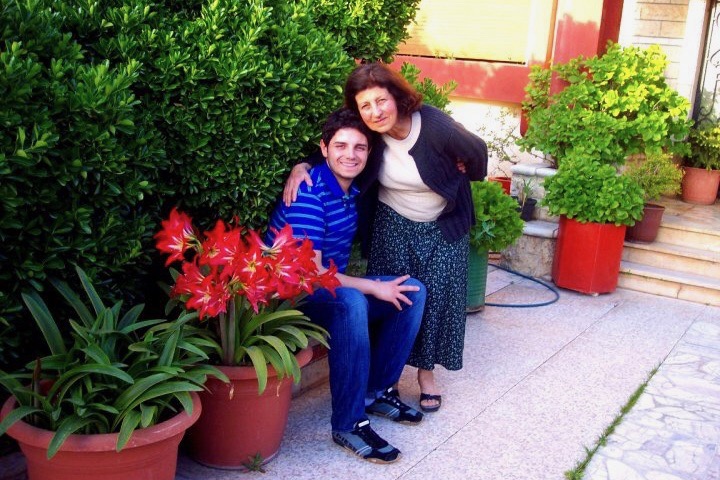 Alan and his mom in Sweida 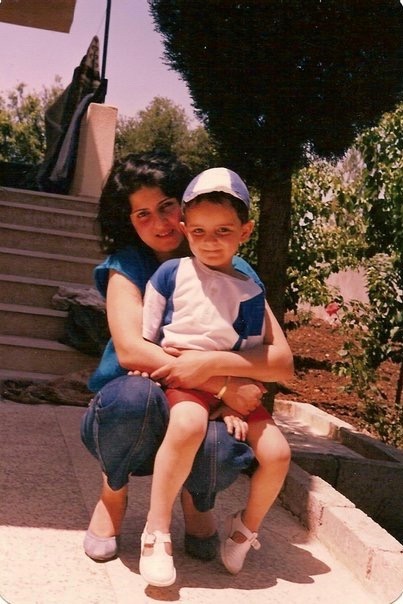 Alan learned how to cook from his grandmothers, Nadia (“Nana”) and Raeefeh. He recalls sitting at the kitchen counter while Nana prepared his favorite dish, vegetarian stuffed grape leaves called yalanji. She often tasked him with the simple jobs like peeling potatoes and fetching utensils. This exposure to cooking influenced his perspective on food. Before moving to the US, he lived with his grandparents for four years. He woke up every morning to the aroma of Teta Raeefe’s Arabic coffee brewing in the kitchen and his grandfather’s BBC Arabic radio station playing loudly in the background.

Ever since he was little, Alan was fascinated by planes and airports. When Alan moved to the US in 2001, he pursued a masters degree in Aviation Management and was able to realize his dream. Upon graduation, he started working for Delta Airlines in Oklahoma City. Before the war broke out in Syria, he used to surprise his family in Sweida. Without them knowing, he’d hop on a last-minute flight on Delta to Amman, Jordan and take a short cab ride across the border to Sweida. Sadly, he hasn’t been able to visit since the war broke out in 2011.

Alan has since moved to Atlanta, where he works at Delta’s Global Offices. He is passionate about sharing his Syrian heritage with friends and colleagues. His delicious food offers a glimpse into Syria’s rich culture. This is what prompted today’s post. Alan recently developed a unique recipe for Syrian-inspired lamb chili that incorporates ingredients from his childhood. He seasons ground lamb with a mixture of aromatic spices and creates a delicious chili base using reconstituted jameed, the dried yogurt traditionally used in dishes like mansaf.

There is no such thing as “chili” in Syria, but Alan does an amazing job of marrying the concept of American chili with the flavor profile of his culinary heritage. If you love lamb (and even if you think you don’t think you like lamb), you need to try this recipe! 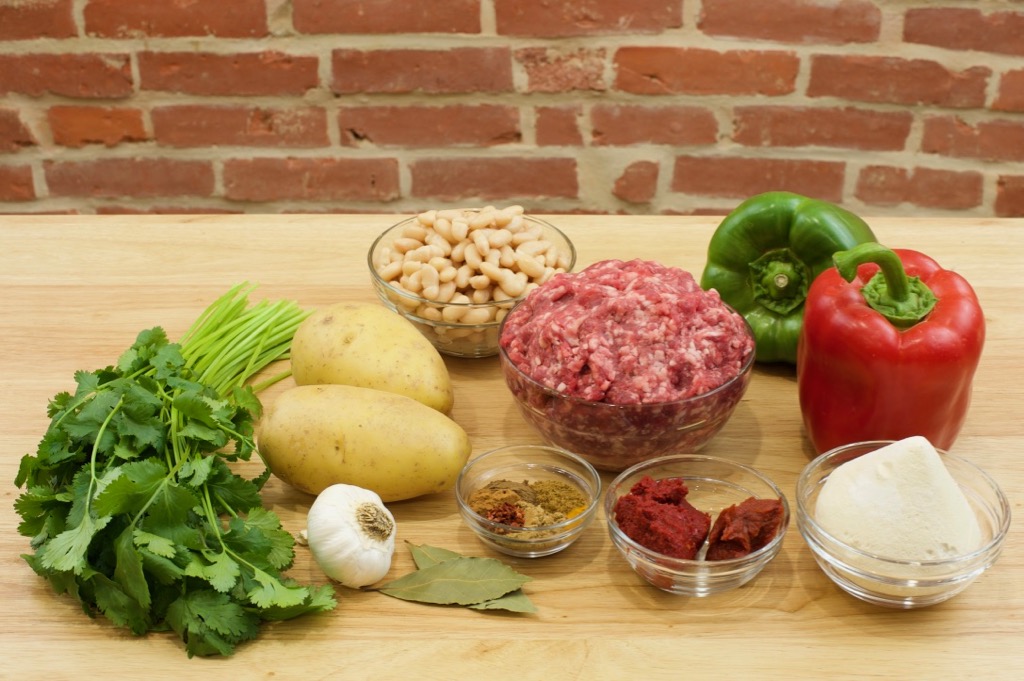 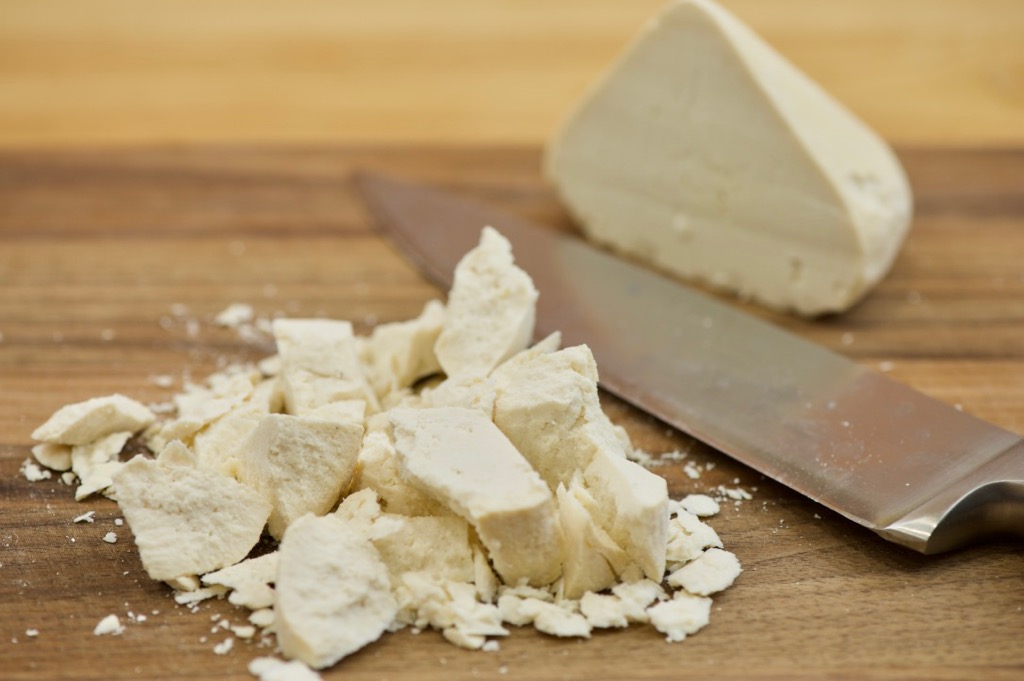 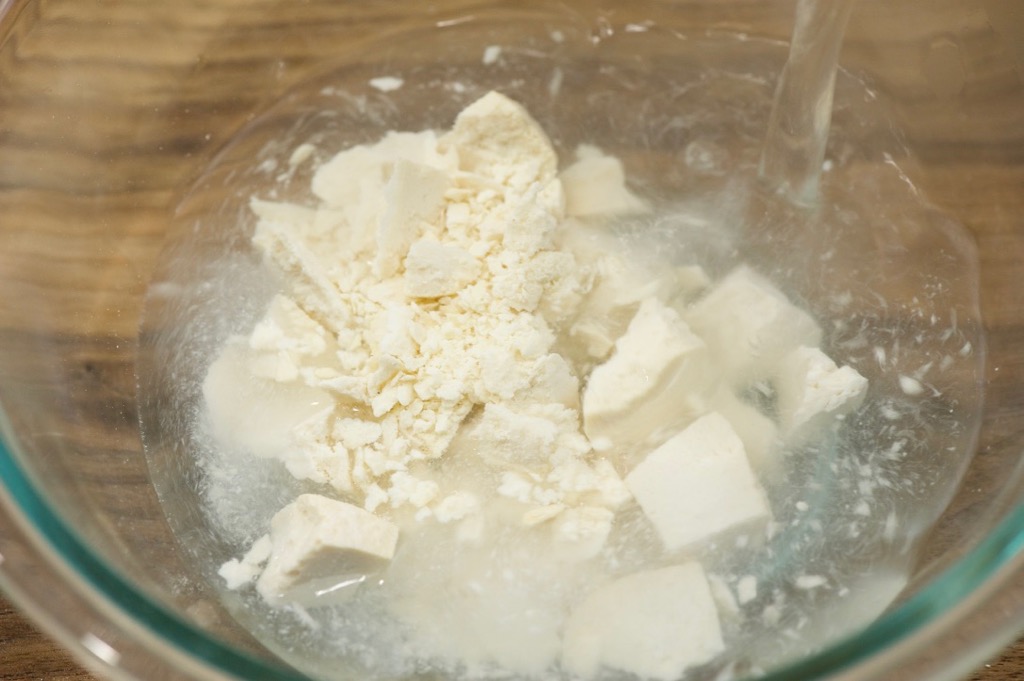 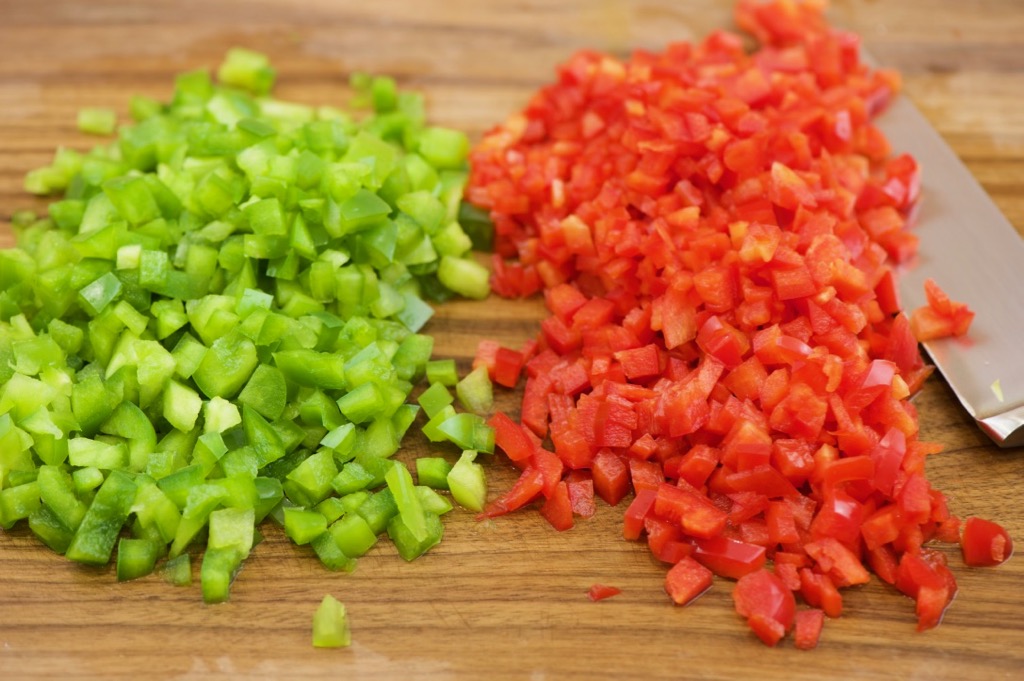 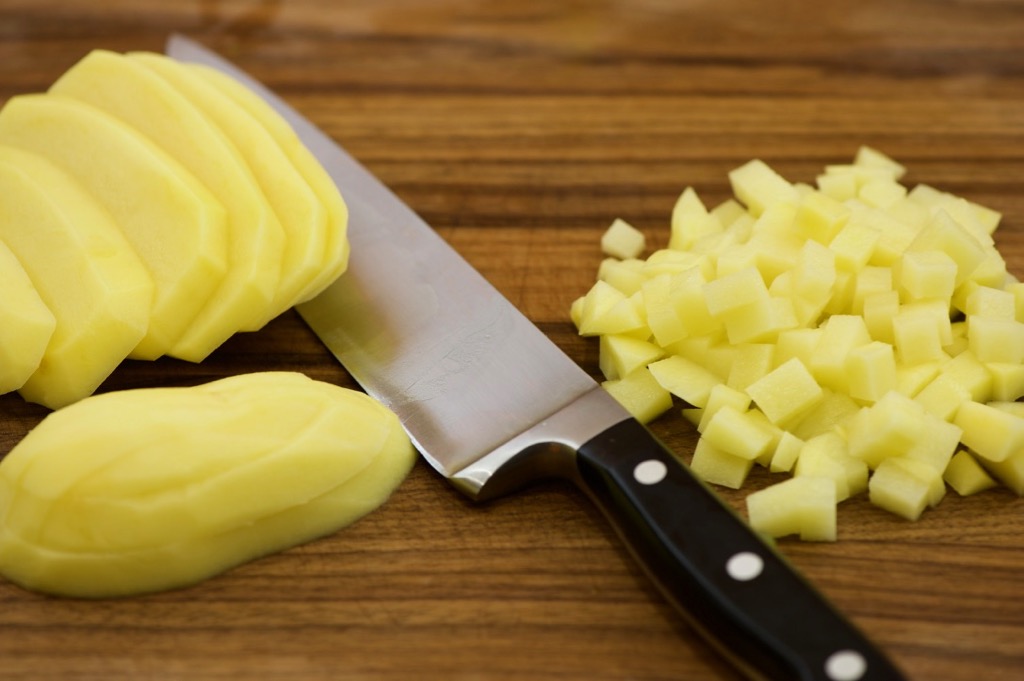 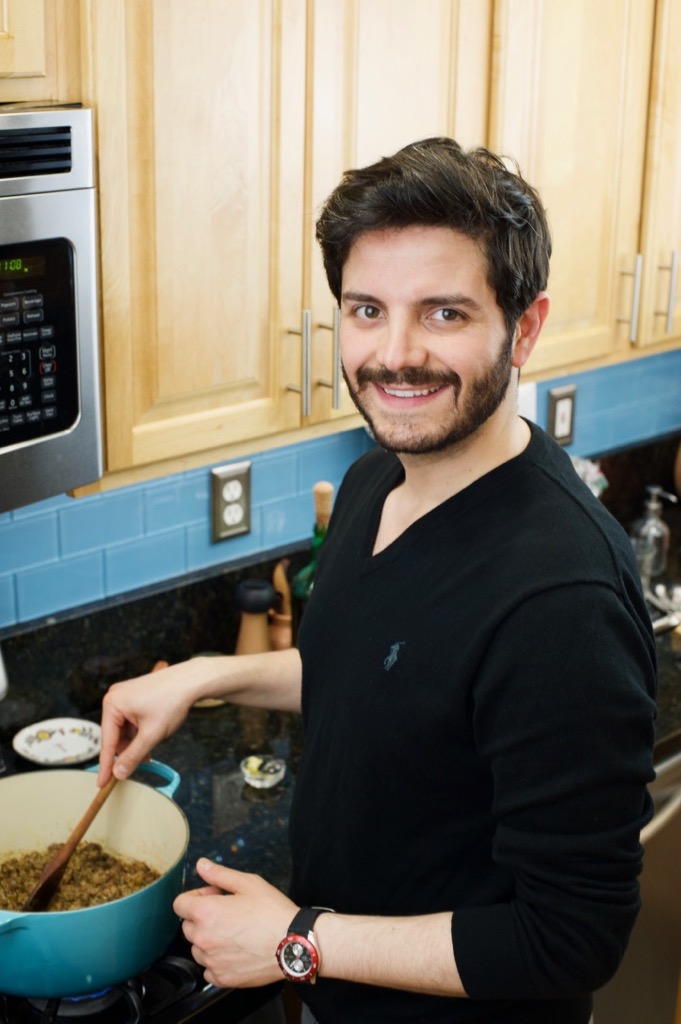 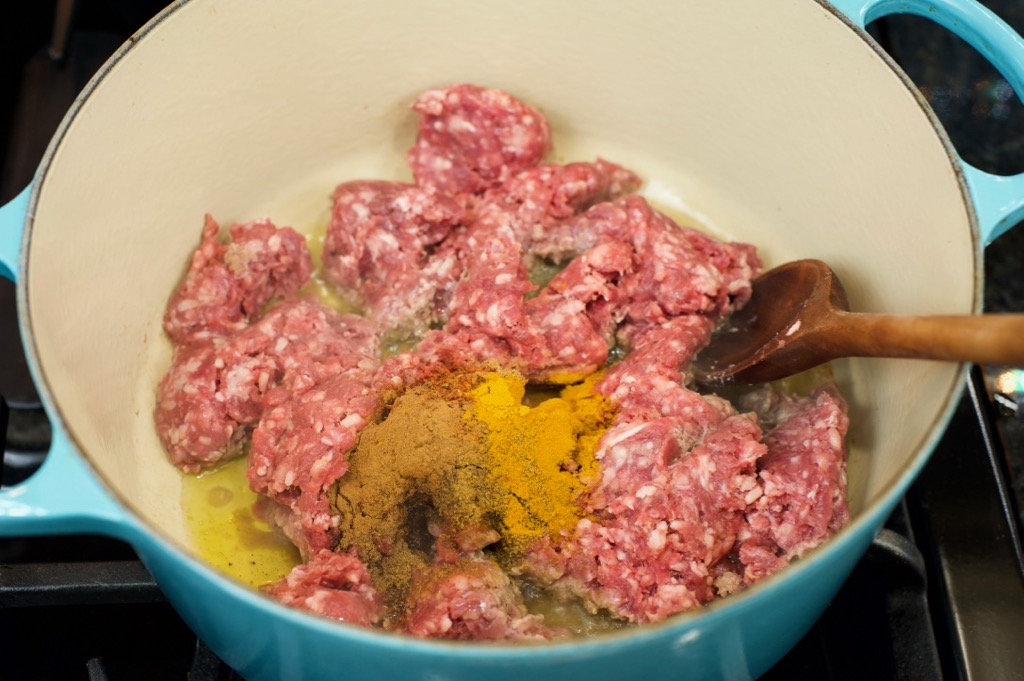 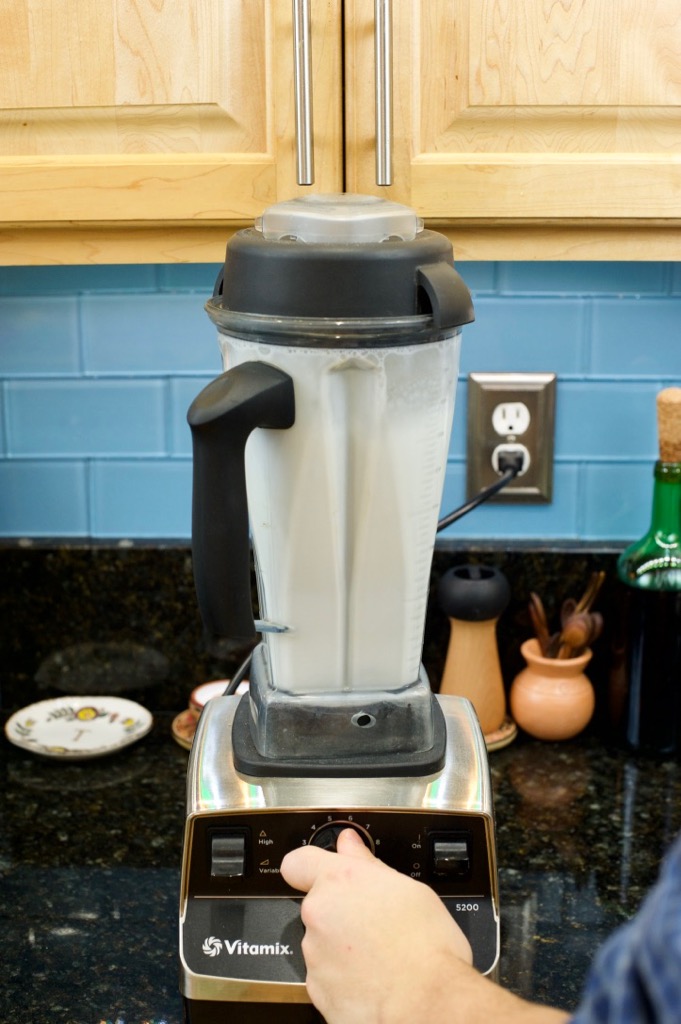 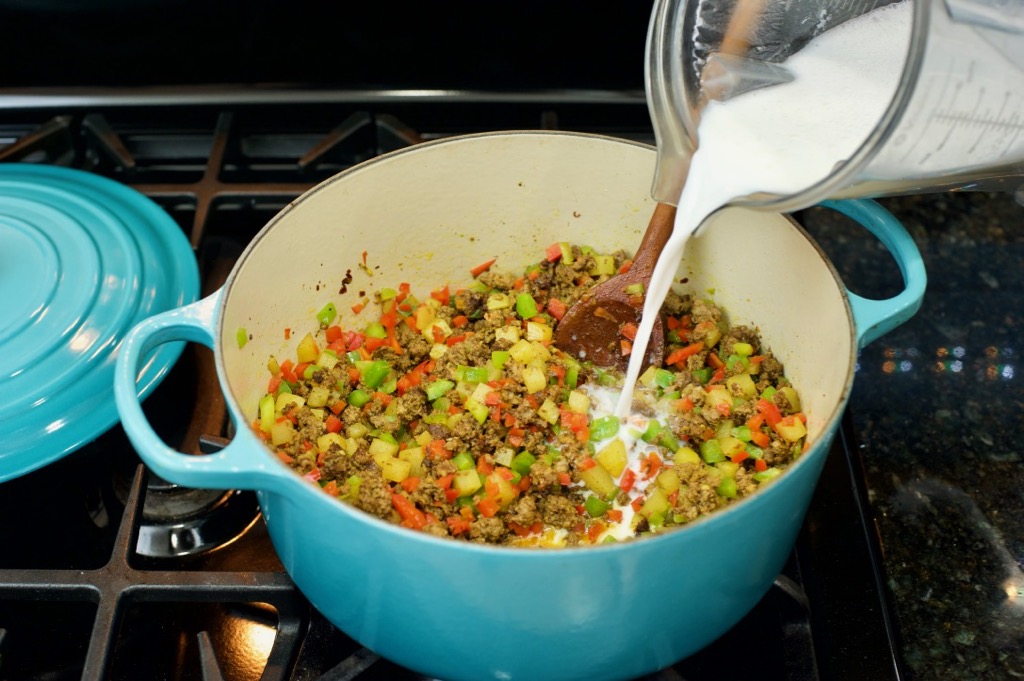 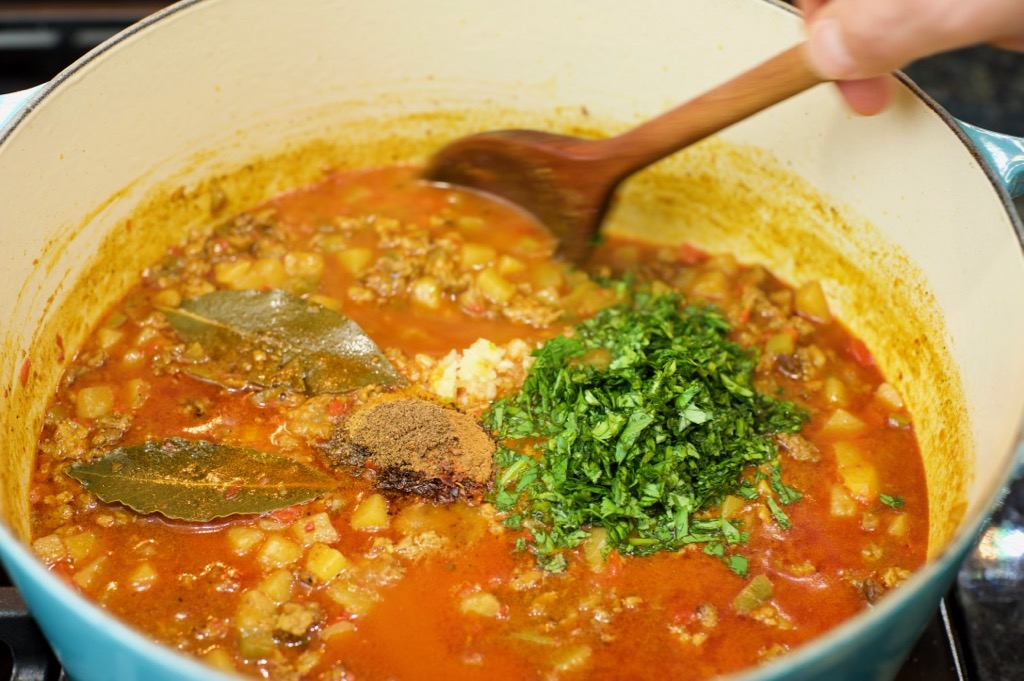 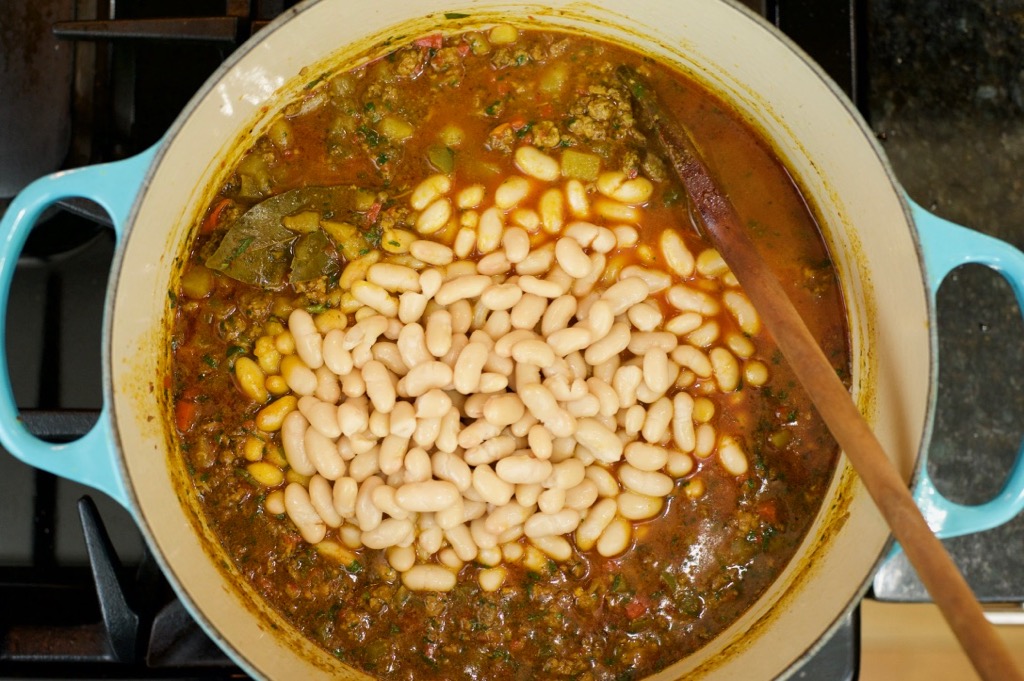 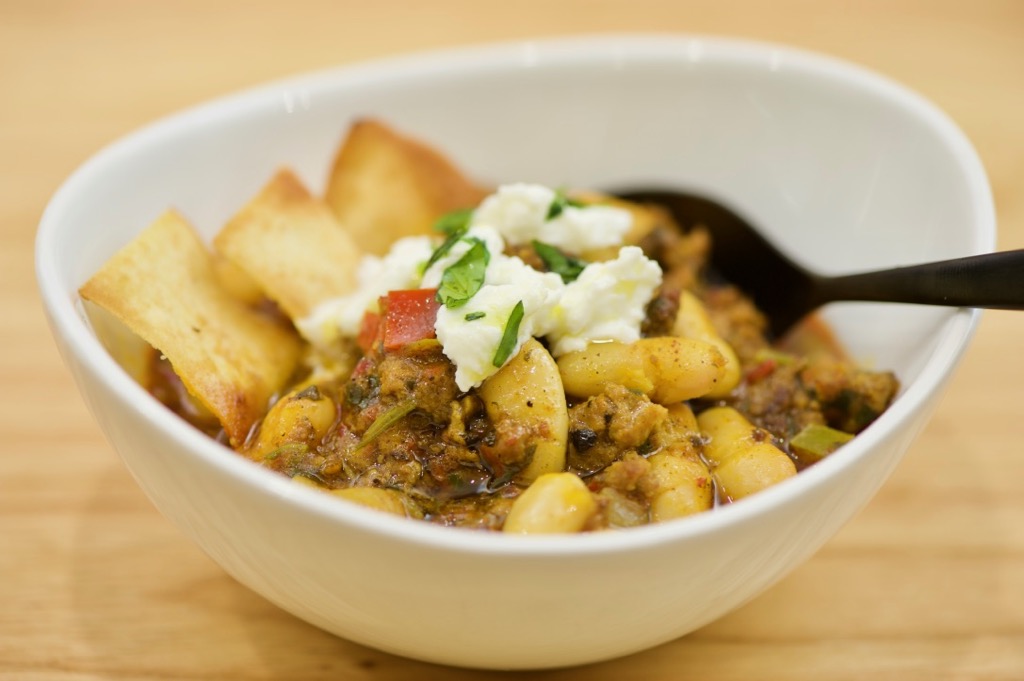 Note: You can find jameed at your local Mediterranean market. If you don’t have jameed, you can substitute greek (strained) yogurt, but be sure to adjust the salt/water accordingly. Jameed is preserved with salt, so does not require (much, if any) additional salt. This dish tastes better the next day. 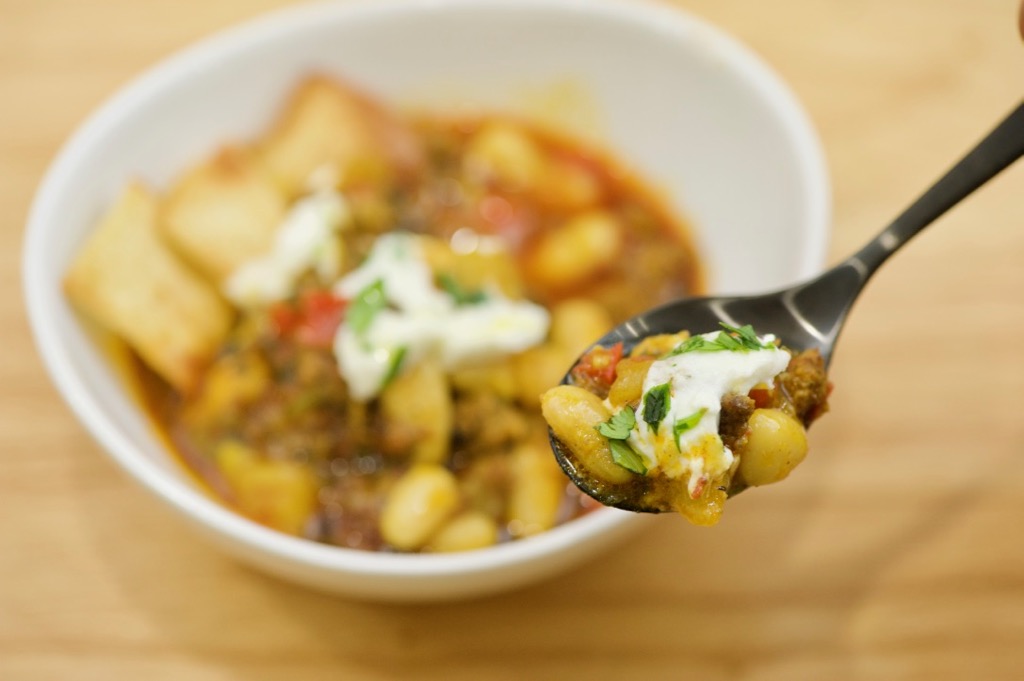