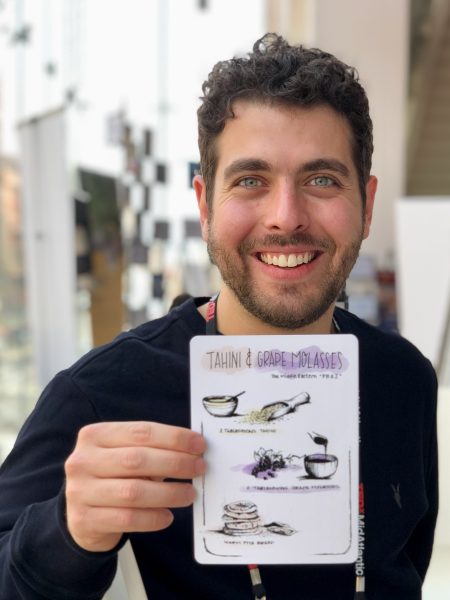 Born in Venezuela to a Middle Eastern family and growing up in Miami, Tony Tahhan draws inspiration from a variety of cultures.

Tony pursued degrees in Math, Economics, and Spanish Literature from Cornell University.  As an elective course, he explored food anthropology and became fascinated by its stories, traditions, and taboos. In 2010, Tony was awarded a Fulbright Research grant to Syria, where he studied the midday meal in three contexts: at homes, in restaurants, and in the streets.  From cooking to eating, food was a natural vehicle for cultural exchange and one that he continues to explore. From his current home in Baltimore, Tony documents recipes and stories from Aleppo and his many travels, bringing people together online and in person around the love of food.

During the COVID pandemic, Tony launched a web series called “Teta Thursdays,” a virtual conversation on food, culture, and identity. Every week, he interviewed food writers and researchers who specialize in the food culture of thex Arab world. Tony was recently accepted to the Master of Arts in Arab Studies program at Georgetown University where he plans to attend this fall.

Want to get in touch? Send me an email to tony@antoniotahhan.com.