I grew up eating lahme b’ajeen (لحمة بعجين), meat pies, from my grandmother Muna’s kitchen. It was a painstaking work of love, care, and devotion. Sitto Muna always prepared the dough and meat mixture the night before. She would then wake up before anyone else to begin forming the pies one by one. I often woke up to the scent of meat pies sizzling on her griddle. The process took a long time, but my grandmother went to great lengths to make sure my brothers and I connected with our heritage.

When I traveled to Syria for the first time in 2007, I was surprised to learn grandmothers don’t prepare lahme b’ajeen at home. They prepare their own meat topping at home and would often send a young family member to deliver it to the local furn, or bakery. Most neighborhoods in Aleppo have a small, modest furn outfitted with a commercial oven. Ours was a block away, tucked away in an alley. For a nominal fee, the neighborhood baker would form and bake the individual meat pies using the homemade meat topping and their own dough.  This exchange was more about social cohesion than anything the baker profited from. By the time lunch was ready, someone would walk down to the local furn to fetch the freshly baked stack of meat pies.

Every country in the Middle East has their own version of meat pies. Most Middle Eastern recipes call for sautéing meat and diced onions with a variety of fragrant spices. In Aleppo, the recipe is influenced by the Armenian community in the city. The Armenian version of lahme b’ajeen (lahmajun), makes use of fresh mint, a bunch of parsley, onions, red bell peppers, lots of garlic, and vine-ripe tomatoes. It’s a celebration of spring and summer. With a couple weeks left of winter, this is the perfect recipe to kick off the warm weather. It’s a great dish to prepare with friends. If you don’t have a griddle that fits over your stove, you can use an electric griddle or bake them in the oven on a pizza stone. 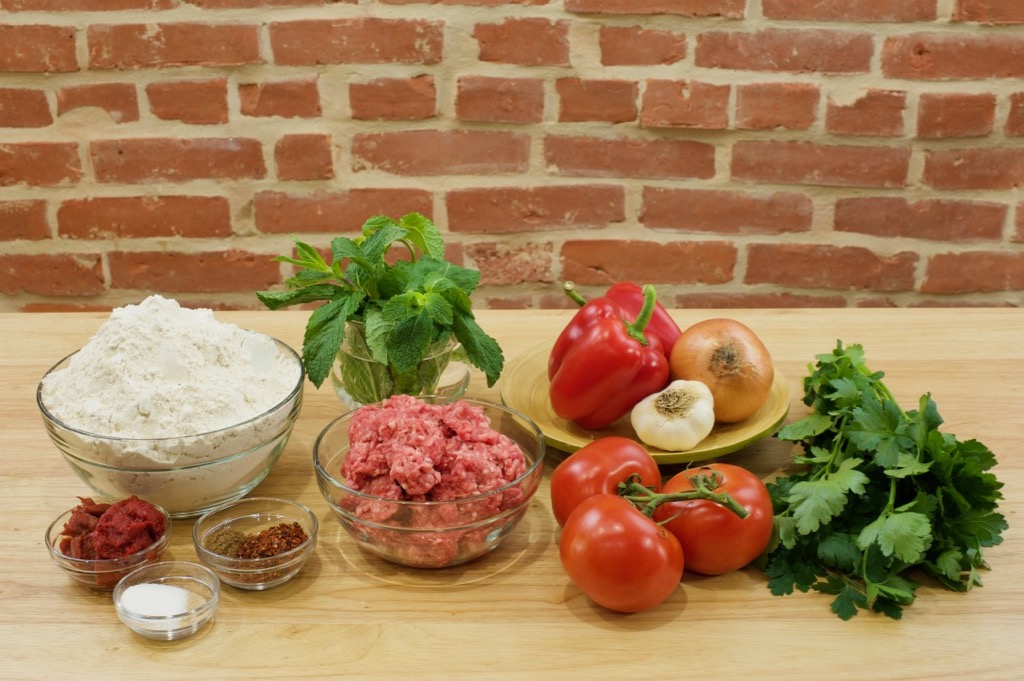 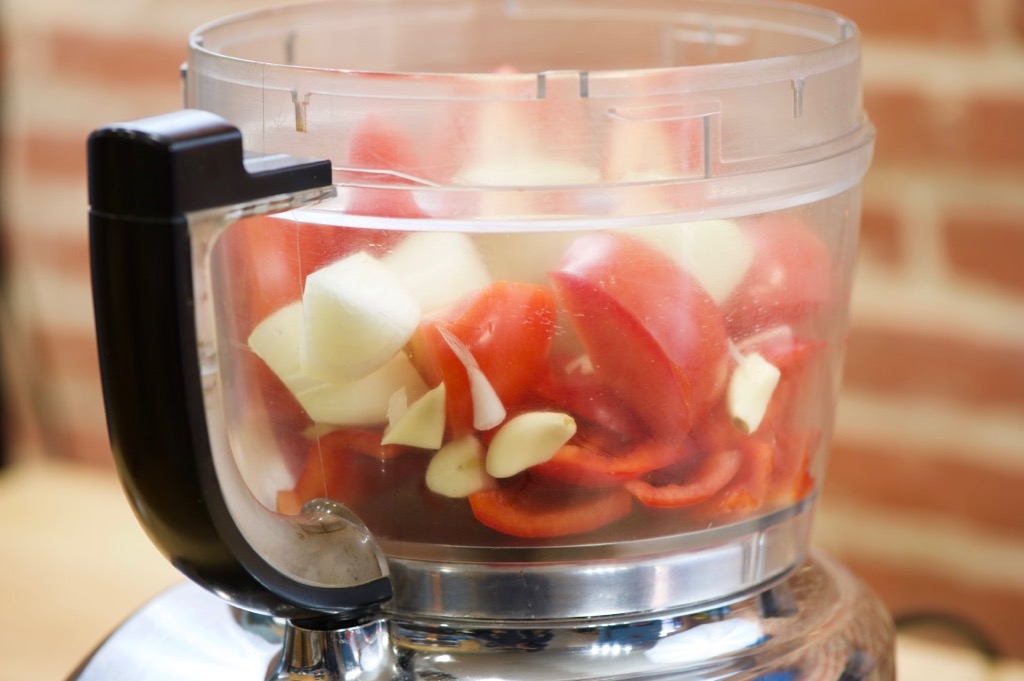 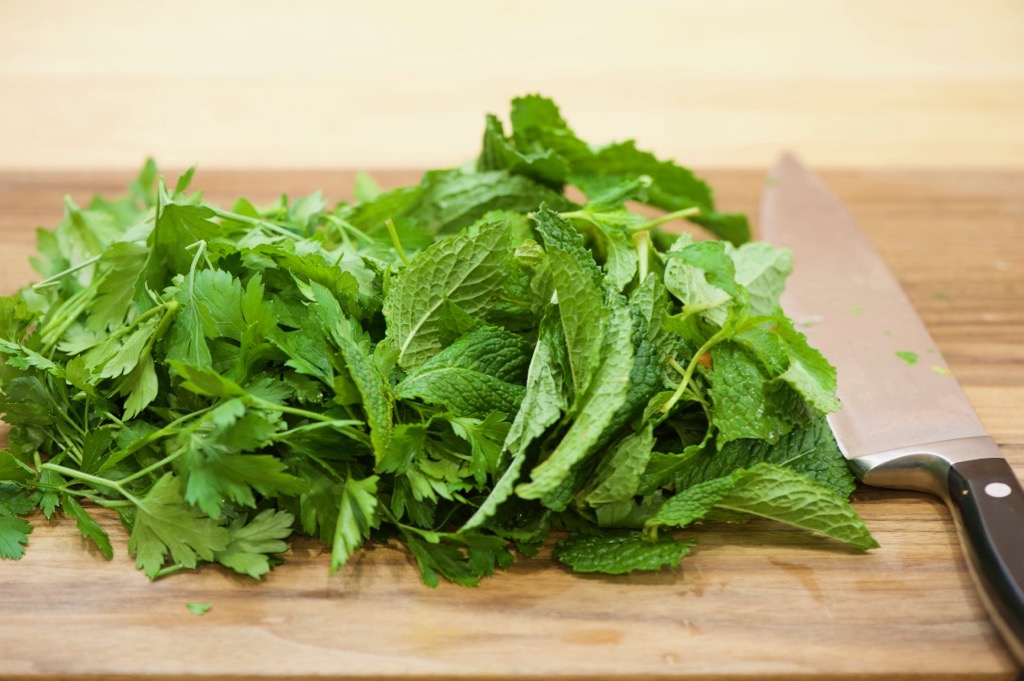 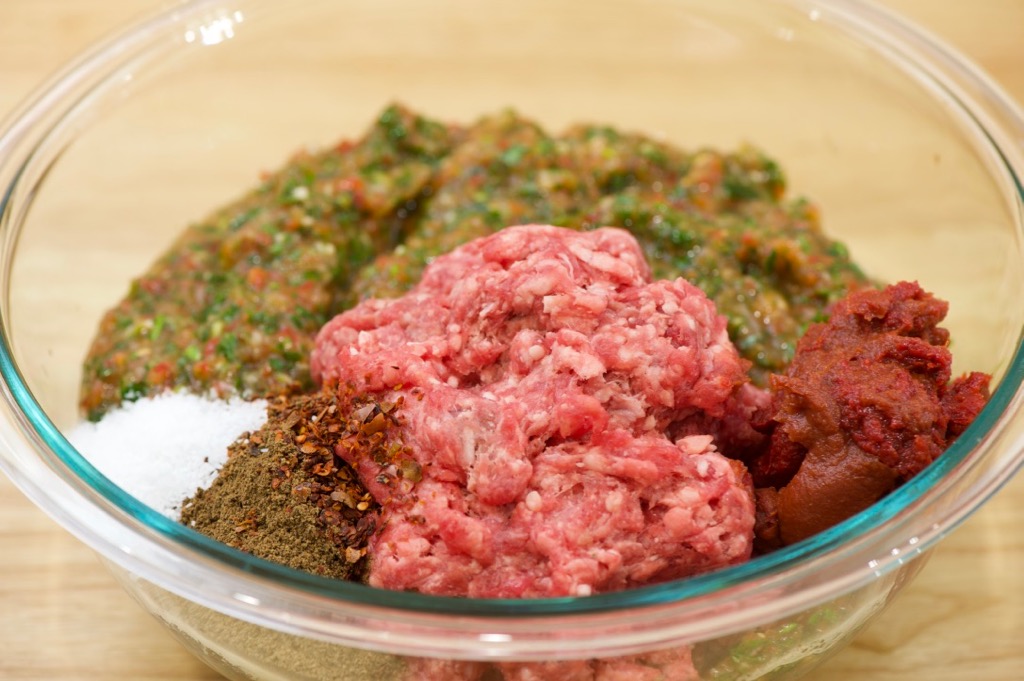 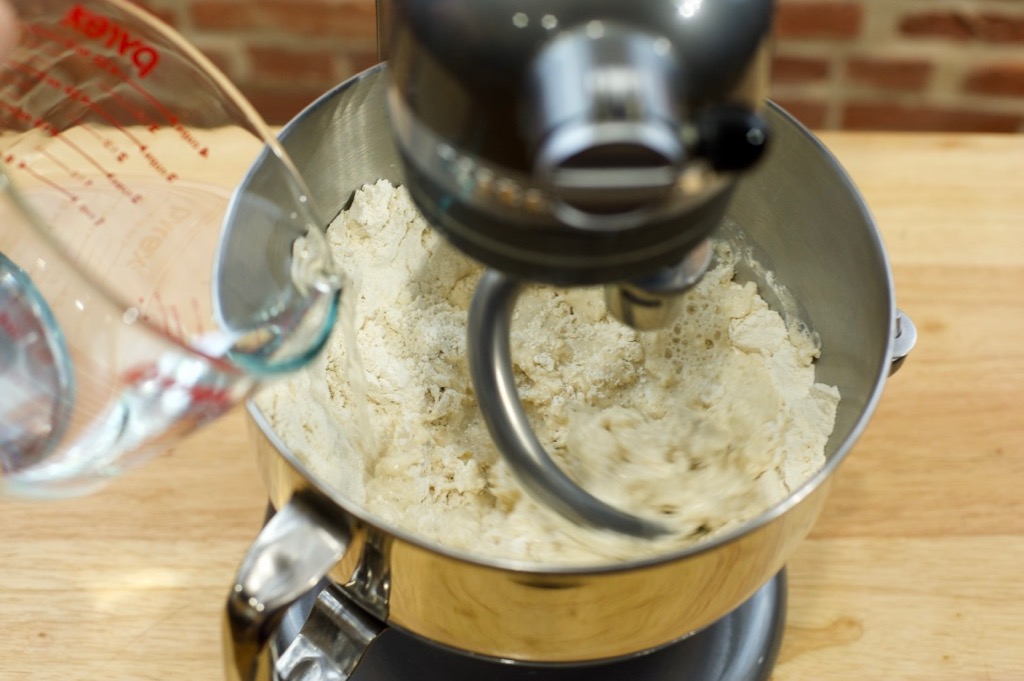 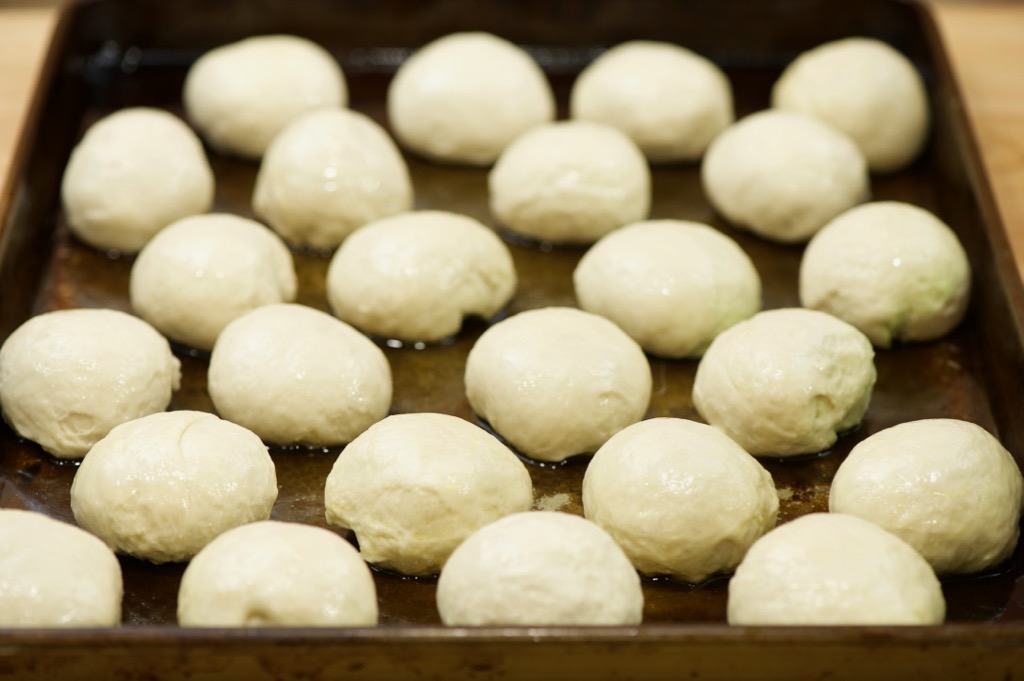 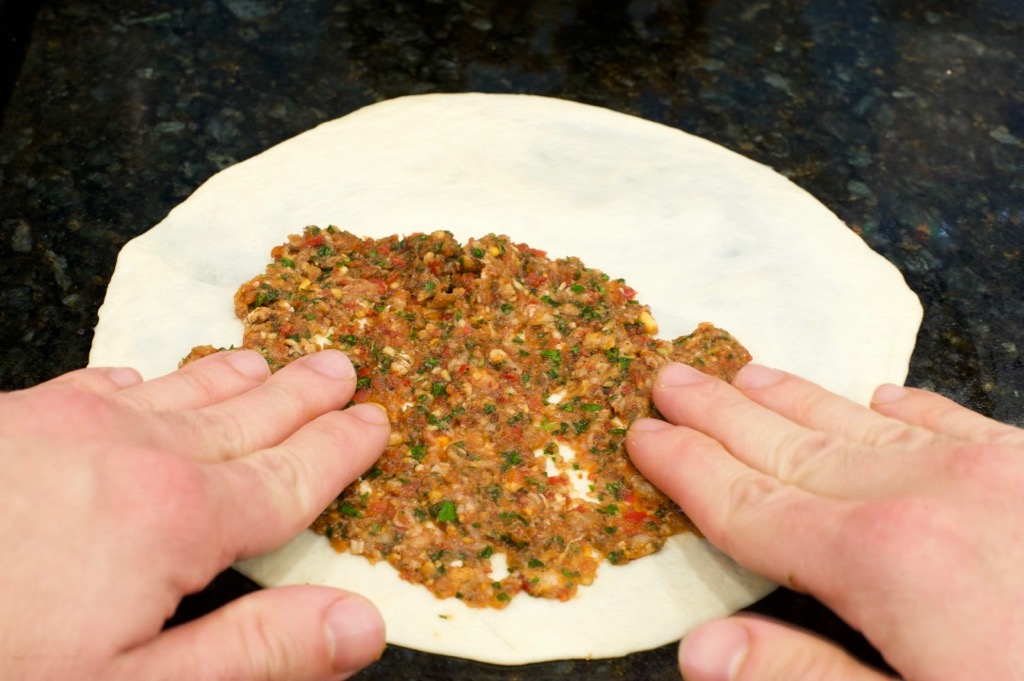 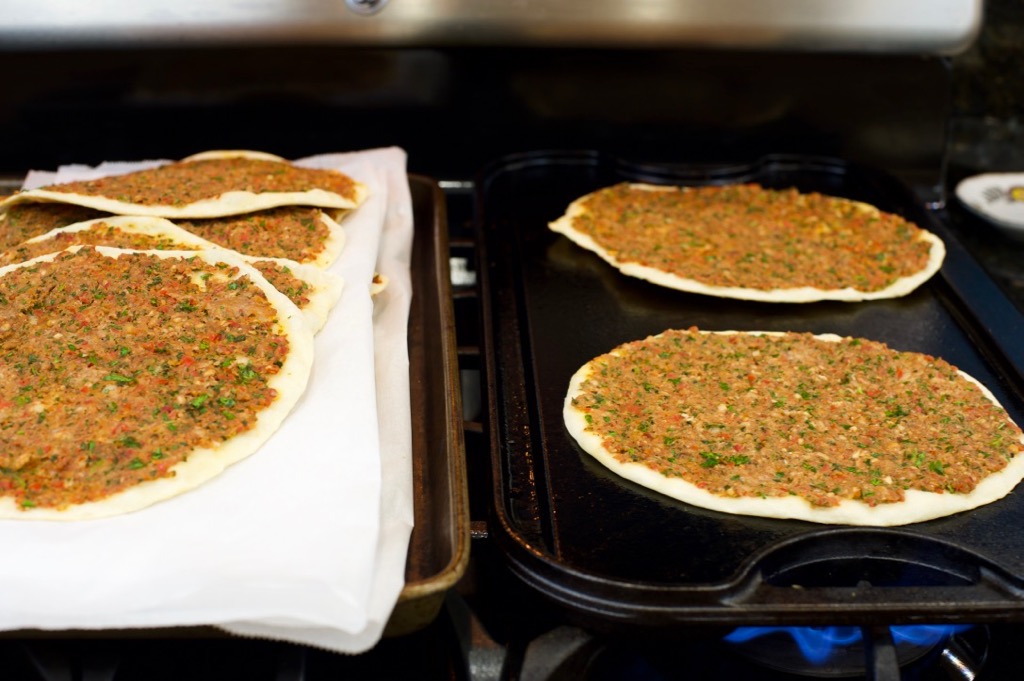 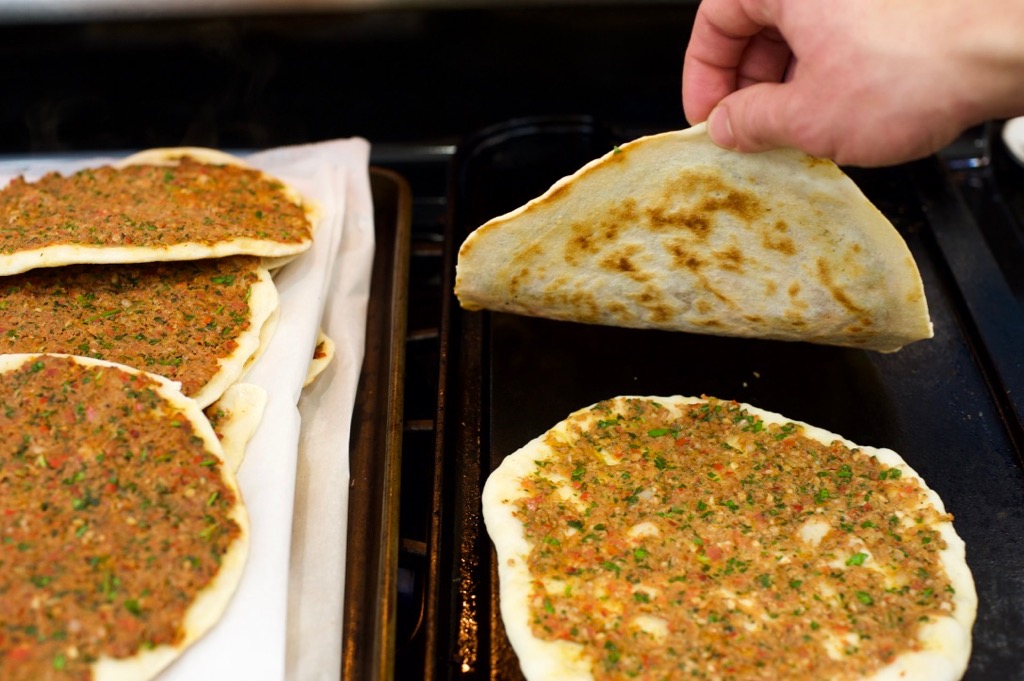 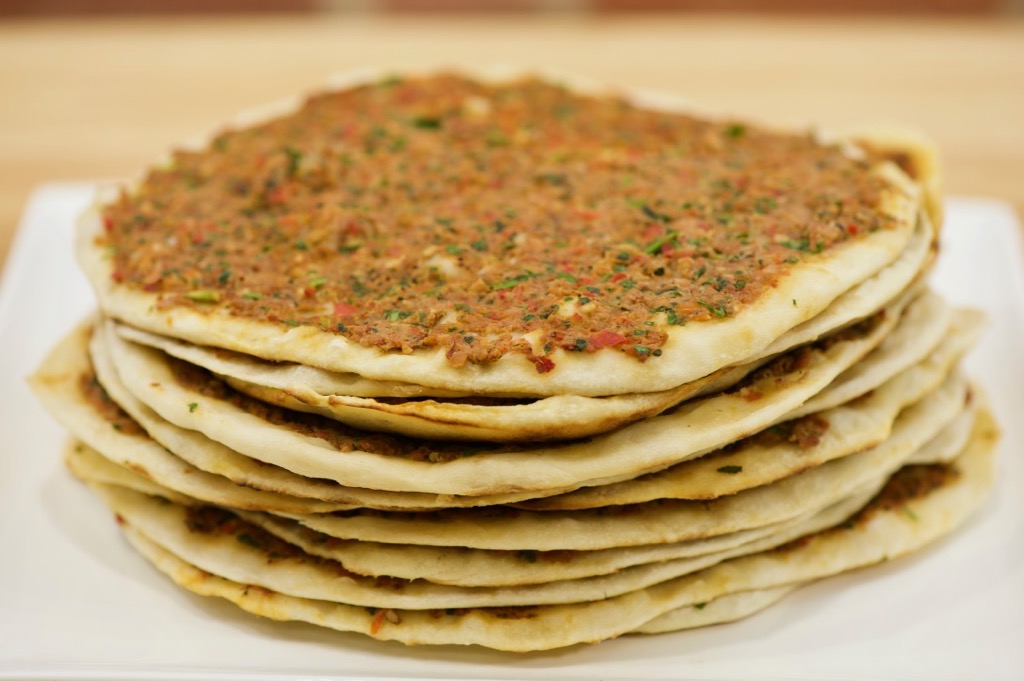 Notes: The amount of water you use for the dough will vary on the flour, the season, and how dry the weather is. This dough isn’t fussy — gradually add the warm water until the dough comes together. 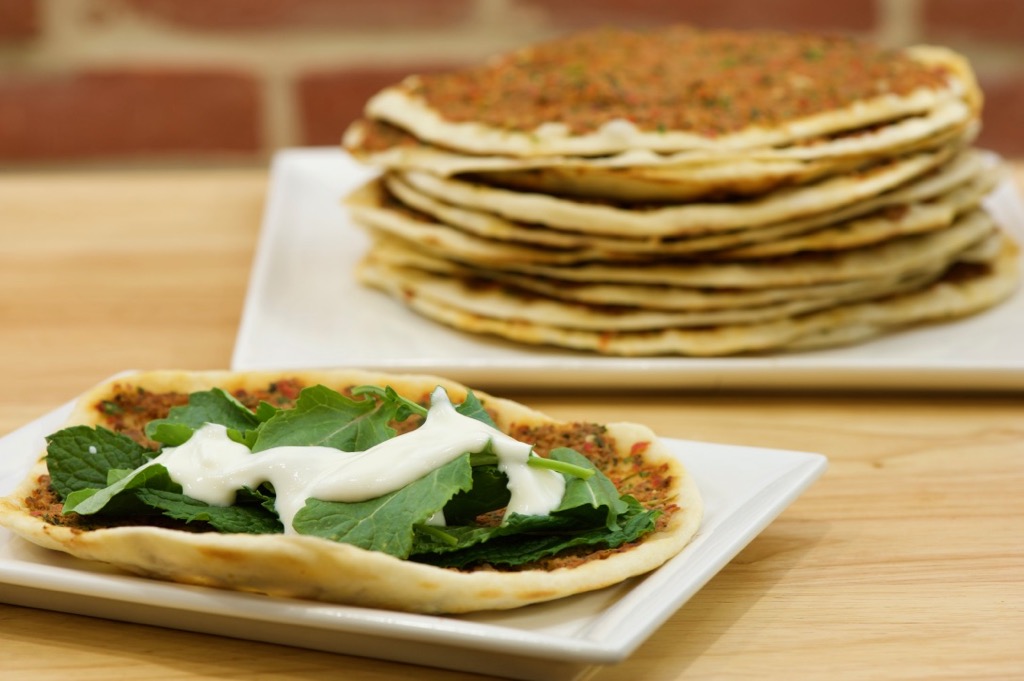 4 thoughts on “Not your baker’s lahme b’ajeen”