Seattle was beautiful and I cannot wait to show you pictures, but first, there’s a salad I’ve been meaning to tell you about – it’s called fattoush (فتوش).

It seems like the market for Middle Eastern salads (outside of the Middle East) is disproportionally dominated by tabbouleh, a salad, that when made right, combines ultra-finely chopped parsley with tiny pearls of fine-ground bulger wheat and other finely chopped vegetables. Fattoush is quite the opposite, at least when it comes to preparation – it can be thrown together in a matter of minutes, in a very rustic and hearty way that’s all about flavor rather than embellishments. Tabbouleh is delicious though, don’t get me wrong. Sometimes, however, I just want a quick and tasty, no-frill salad, and for moments like these I make fattoush. 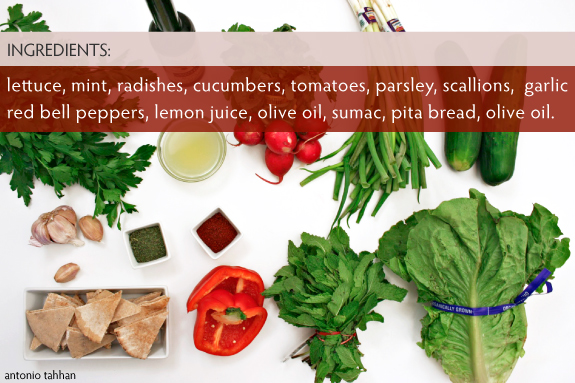 The mise en place can be overwhelming, but in one trip to the farmer’s market you can have all these vegetables laid out on your table, too. The most exotic ingredient here is probably the sumac, which is a lemony, sour spice that can be found in most specialty markets these days and certainly any Mediterranean market you know of. If you like cooking Middle Eastern dishes, this is a spice that you should always have on hand.

toast the pita with a sprinkle of sumac 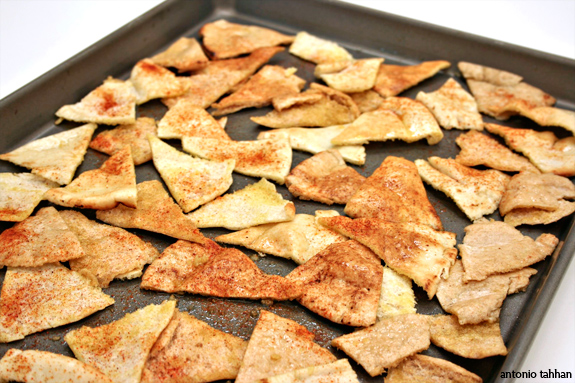 This is the part where some people might disagree: the bread. Probably the best (and most traditional) way you can prepare the bread for fattoush is by pan-frying the triangles in extra virgin olive oil, but that takes a long time and makes a mess of my stovetop. I prefer to toss the pita triangles in olive oil, sprinkle some sumac on the bread (something my grandmother taught me), and throw the whole tray into the oven/broiler, on high. 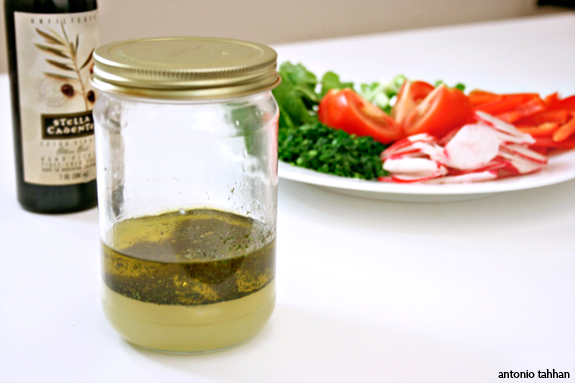 The dressing for this salad is equally simple, as promised. It’s a combination of olive oil and lemon juice, with a sprinkle of salt and sumac – that’s it. You can add dried mint to the dressing like I did, but that’s completely up to you. 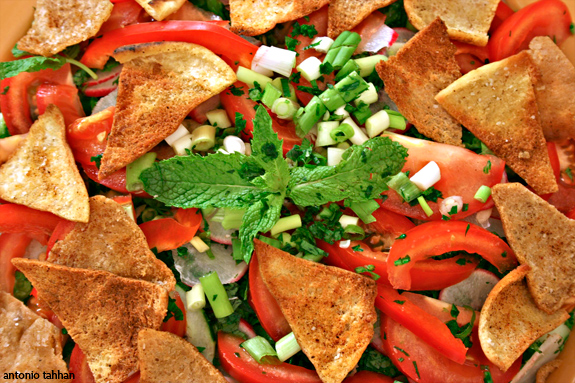 notes: Joumana pointed out that traditional fattoush calls for purslane (بقلة). There wasn’t any readily available to me, but you can add it to your salad for a more authentic and tangy flavor – if not, romaine lettuce is an acceptable substitute. 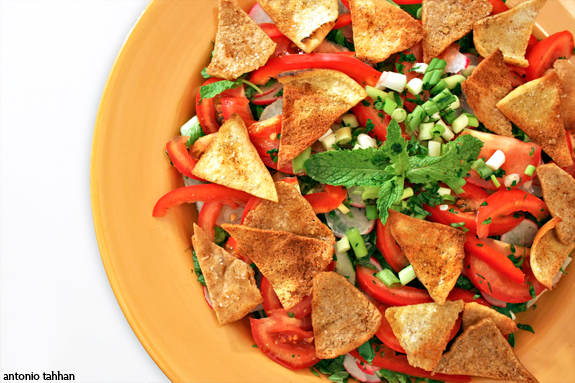