I took this as my tiny opportunity to make a difference in the way these kids looked at food. While this was not the time to introduce them to the delicate flavors of perfectly-seared scallops or steak tartare, I wanted to cook with them something they’re familiar with, but probably never had before. I decided to let them make their own pizzas. Instead of just mozzarella and pepperoni though, I brought with me a ton of different vegetables and all sorts of sauces for them to experiment with. Well-aware of the fact that the kids will have a short attention span that rivals mine, I also brought with me my pizza paddle and pizza stone so they could take turns sliding their pizzas into the oven. 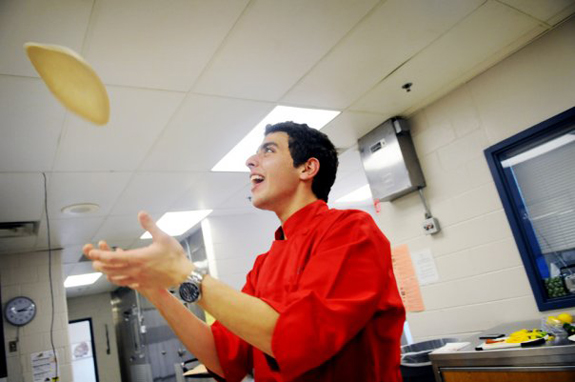 One of my favorite pizza combinations we made with the kids was a lemon-infused, goat ricotta, white pizza topped with thinly sliced zucchini. The flavors are light, refreshing, and clean — perfect for the hot summer days ahead. 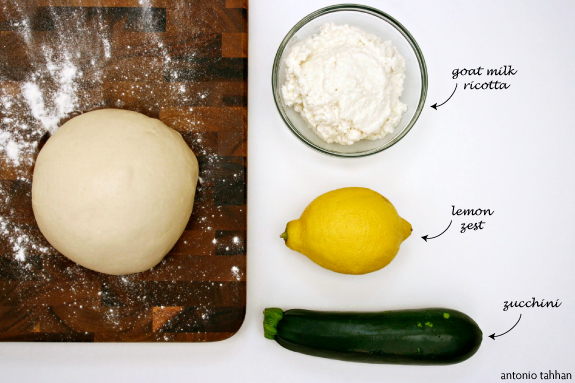 Count them – four ingredients; five if you include the extra virgin olive oil. This means no skimping on ingredients! I tried this same pizza with regular ricotta and it doesn’t work. The wow factor just wasn’t there. If you absolutely cannot find goat-milk ricotta, however, not to worry. Mix a semi-firm chevre (like Spanish Capricho de Cabra) with some good quality, fresh ricotta and you’ll get a similar result. Like I said, it won’t be spot-on, but it will get you pretty close. 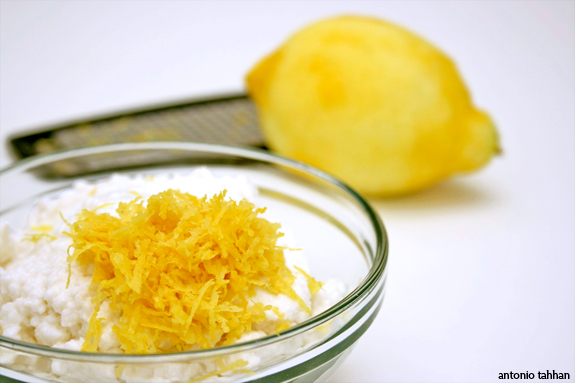 The lemon zest in the ricotta serves two purposes. Not only does it heighten the flavors of the goat cheese, but it also gives the pizza a clean, crisp flavor. I recommend using organic citrus whenever a dish calls for using the zest or rind. 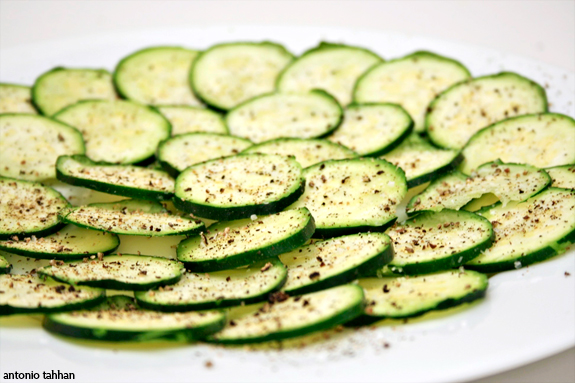 Zucchini has lots of moisture and moisture is the kryptonite, so to speak, of pizza. To remove some of this excess moisture you’ll want to thinly slice the zucchini (preferably with a mandoline) and fan the slices out on a plate so they’re not on top of each other. Then season the slices with salt and pepper and the salt will start to break down the cell walls of the zucchini, and thus allowing it to give up some of that moisture. Soak it up with a paper towel and your ready to roll. 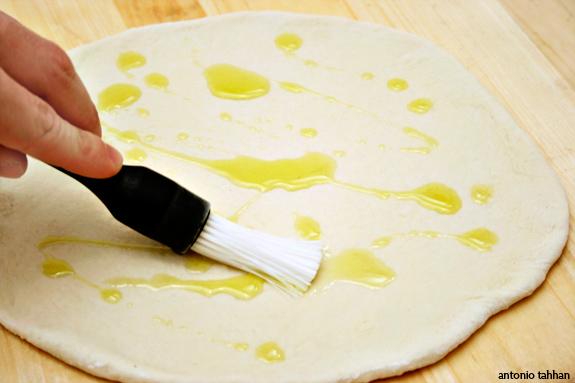 The kids were shocked when I hinted at the idea of a pizza without tomato sauce. Their facial expressions were absolutely priceless. And although not many chose to forgo the traditional red sauce, I feel like those that did may have a bright culinary future ahead of them! 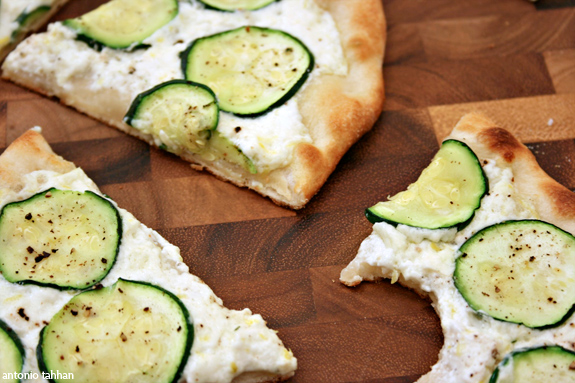 This is why everyone should invest in a pizza stone: 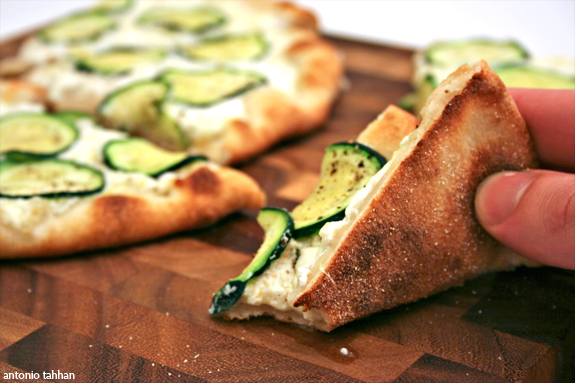 18 thoughts on “A world outside of mozzarella & pepperoni”